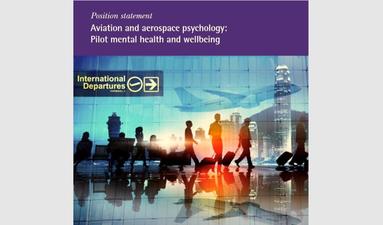 Commissioned by the Professional Practice Board of the British Psychological Society in 2016, a group of expert aviation psychologists chaired by Professor Robert Bor developed a Position Paper on Aviation Psychology, with focus on the mental health and wellbeing of pilots and other aviation personnel. Several EAAP members from the UK and outside the UK played a pivotal role in the drafting of this important document. Please find the document and the letter to stakeholders below.

< All Featured by EAAP