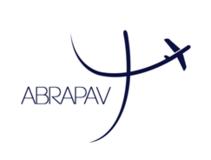 EAAP32 Conference was a huge success

More than 230 participants from over 40 countries all over the word attended the 32nd EAAP Conference themed at "Thinking High and Low: Cognition and Decision...

The 2-day workshop is organized by the British Psychological Society and will be held from 06-07 October 2016 at the BPS Office in Leicester, UK. All...

EAAP is closely working together with the European Cockpit Association (ECA) and the European Society of Aerospace Medicine (ESAM) to facilitate Aircrew...